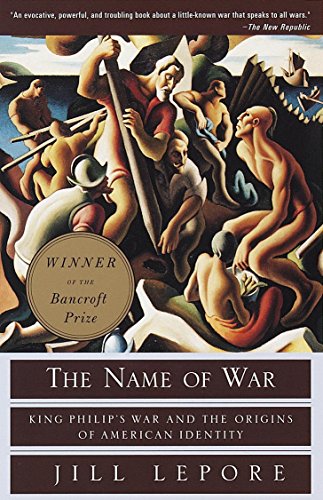 Winner of the Bancroft Prize King Philip's War, the excruciating racial war—colonists against Indians—that erupted in New England in 1675, was, in proportion to population, the bloodiest in American history. Some even argued that the massacres and outrages on both sides were too horrific to "deserve the name of a war." The war's brutality compelled the colonists to defend themselves against accusations that they had become savages. But Jill Lepore makes clear that it was after the war—and because of it—that the boundaries between cultures, hitherto blurred, turned into rigid ones. King Philip's War became one of the most written-about wars in our history, and Lepore argues that the words strengthened and hardened feelings that, in turn, strengthened and hardened the enmity between Indians and Anglos. Telling the story of what may have been the bitterest of American conflicts, and its reverberations over the centuries, Lepore has enabled us to see how the ways in which we remember past events are as important in their effect on our history as were the events themselves. Winner of the the 1998 Ralph Waldo Emerson Award of the Phi Beta Kappa Society
Show More
Reviews

The Name of War: King Philip's War and the Origins of American Identity