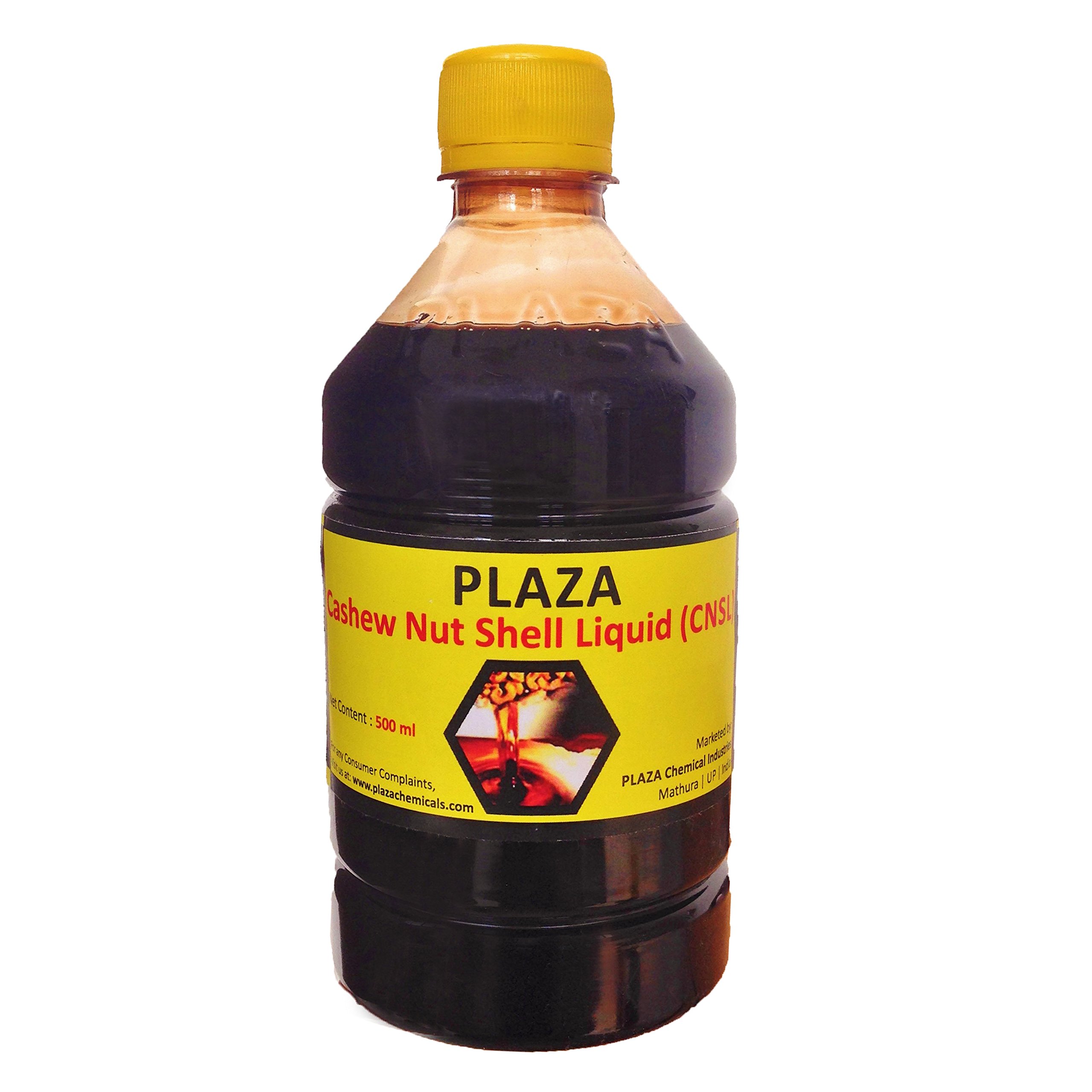 Brand : Plaza
from India
to UNITED STATES
in 5-8 days
At your doorstep by Jun 17  to Jun 20 with standard delivery

CASHEW NUT SHELL LIQUID or CNSL or Cashew Nut Oil or Cashew Shell Oil or CNSL Oil is a versatile by product of the Cashew industry. The nut has a shell of about 1/8 inch thickness inside which is a soft honey comb structure containing a dark reddish brown viscous liquid. It is called CASHEW NUT SHELL LIQUID or CNSL. Which is the pericap fluid of the Cashew Nut. It is often considered as the better and cheaper material for unsaturated phenols. CNSL has innumerable applications, such as friction linings, paints, laminating resins, rubber compounding resins, cashew cements, polyurethane based polymers, surfactants, epoxy resins, foundry chemicals, and intermediates for chemical industry. It offers much scope and varied opportunities for the development of other tailor-made polymers. A number of products based on CNSL are used as antioxidants, stabilisers and demulsifies for petroleum products. Soluble metal derivatives of C.N.S.L are used to improve the resistance to oxidation and sludge formation of Lubricating oils. Oxidised CNSL and its derivatives are also used as demulsifying agents for water in oil type petroleum emulsions. CNSL or CASHEW NUT SHELL LIQUID OIL used for manufacturing of CNSL Resin, Cardanol or Card Phenol or Cashew Phenol, Cashew Friction Dust, Anti corrosive hiring (lining) chemicals, Paints, Varnishes, Enamels, Insecticides and Fungicides, Cashew Laquers, Bakelite, Electrical conductress, Cashew Cements, Core Oil, Red Oxide, Wood, Fuel, Speciality Chemicals, Foundry Chemicals and many other Industries.
Show More
Reviews